Who owns your thinking? 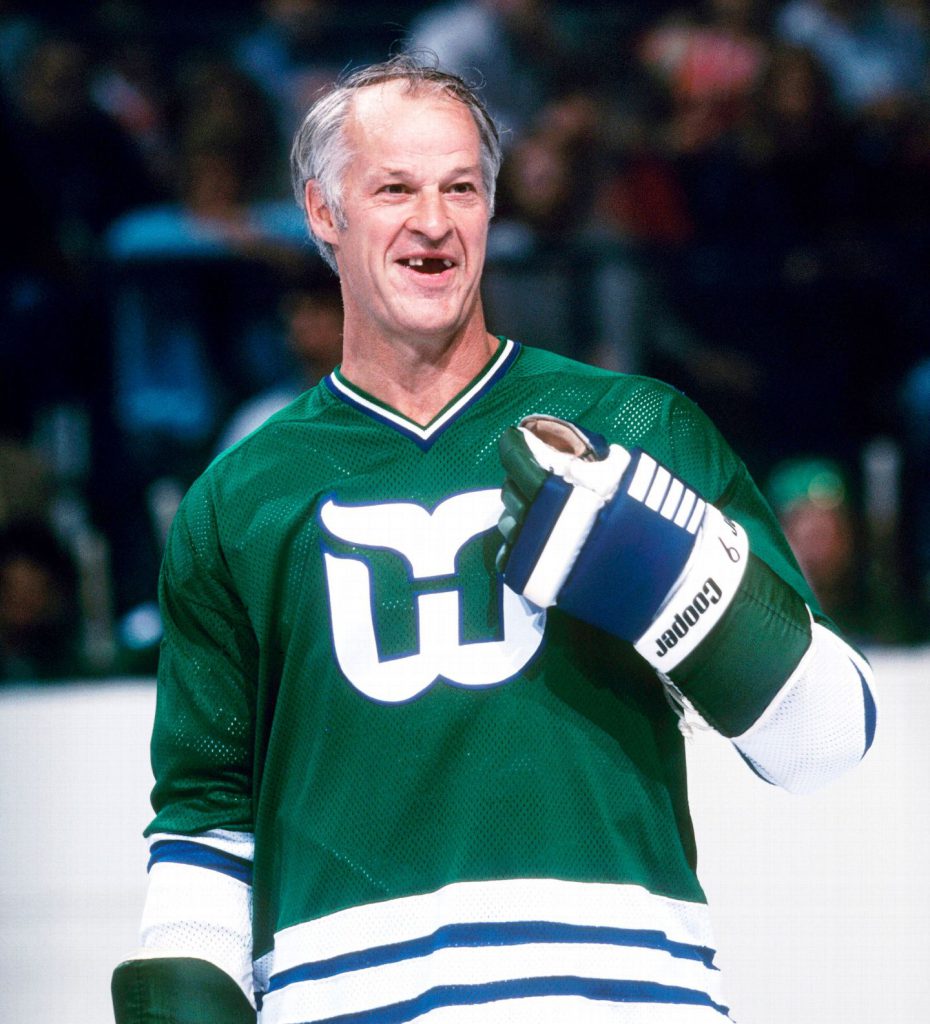 I have been a lucky puppy. Over the course of my 1000+ NHL games, I had the good fortune to play with and against many amazing players, Guy Lafleur in Montreal, Bobby Orr in his final NHL season playing for Chicago, Wayne Gretzky winning Cups in Edmonton and Mario Lemieux in Pittsburgh, to name a few. I also had the great honour to play against MR. HOCKEY, Gordie Howe (who passed away in 2016), as he played for the Hartford Whalers in his 22nd NHL Season.

At the time I was 20 years old and Gordie was still playing in the NHL at 52 years old. How could that be? Gordie was always very kind to me off the ice… but not so much on the ice.

Now let me introduce Connie. I met her recently in the Las Vegas airport, after working in the area with multiple CEOs over two days of leadership training.

Connie loosened up my upper back and my neck at a McCarran Airport massage spot.

Gordie Howe loosened up my nose in Hartford during the first NHL game that I played against him.

Both Connie and Gordie used their elbows.

Gordie played with what we called “an edge.” Mr. Hockey was known to use his sharp elbows to intimidate opponents by loosening their teeth.

Petite Connie utilizes her elbows to loosen stiff backs. Her small hands would have never done the job, but her elbows were very effective.

Such is life. Utilizing the same part of the body, people can choose to generate different outcomes. Gordie inflicted pain, while Connie reduced pain. Both used a similar process but chose a different delivery, and had different callings.

This principle works across the board for leaders. Some leaders use words to intimidate, others use words to encourage. Some cultures default to blame language while other cultures prefer accountability language. The same elbow can reduce pain or remove teeth.

As we look to our personal & cultural future, how will we choose to use our most impactful leadership tool… our mind; our thinking; our metacognition? Will we allow our thoughts to ruminate on the disappointments or on the accomplishments of our people?

In the book Train your Mind, Change your Brain, Sharon Begley quotes Dr. Michael Merzenich, a Neuroscientist and pioneer in neuroplasticity research:

“Experience coupled with attention leads to physical changes in the structure and future functioning of the nervous system. This leaves us with a clear physiological fact… moment by moment we choose and sculpt how our ever-changing mind will work. We choose who we will be in the next moment in a very real sense.”

In today’s busy world we often simply react or respond, allowing other people and other screens of influence to highjack our most important asset: our thinking. A recent survey found that 42 percent of the time that Americans are awake, their eyes are fixated on televisions, smart phones, computers, tablets, or some type of screen. https://coopervision.com/our-company/news-center/press-release/americans-spend-nearly-half-their-waking-hours-42-percent

This means that assuming someone sleeps 8 hours per day, they then spend over 6 hours per day in front of a screen. Over the course of a normal lifespan that would be 7,956 days, nearly 22 years, spent in front of some sort of screen. It’s hard to lead with a positive influence when people we don’t know, behind screens we are addicted to, influence our most crucial asset… our mindsets.

“Technology is a useful servant but a dangerous master.”

Leaders have choices. We can use our powerful brains to construct who we want to become, or we can allow our thinking to be intimidated and negatively influenced.

In their book Brain Wash, authors David and Austin Perlmutter found that 15 minutes of exposure to news was enough to increase symptoms of anxiety in college students. “And this relates directly to neuroplasticity. The more we dwell on negativity, the more our brains become primed for pessimism and as such the more we are inclined to view the world around us in a negative light. Through neuroplasticity, the more you experience negativity, the more negative you become.”

Over my next articles, let’s journey together as leaders and challenge each other to increase our own desired positive neuroplasticity. In terms of our Thinking Tendencies Model, we want to be in charge of our own Future Positive Thinking.

Gordie and Connie were both intentional as they used their elbows to inflict pain and cause relief.