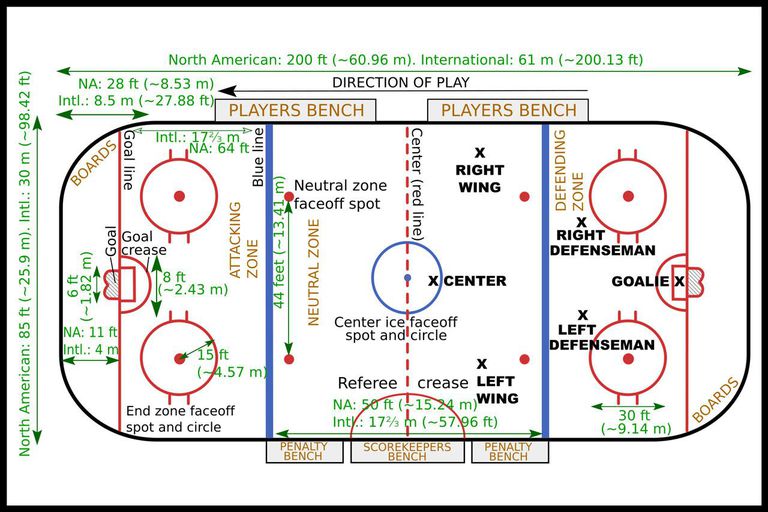 A Look at Regulations, Terms, Equipment and How the Game Works

Ice hockey, one of the worlds fastest paced and most exciting games that marries speed, agility, skill (and how can we say, fighting?) is easy to follow once you have a basic understanding of the basic rules, terminology, equipment and practices. If you’re new to the game, also read up on our Top tips for New Hockey Players.

Object of the Game

The difference between a legal check and a penalty is often open to interpretation and remains a source of dispute among fans, players and officials.

Minor penalties are called for obstructing an opponent. Infractions include:

Penalties are called for dangerous and improper use of the stick, including:

Penalties are called for dangerous physical fouls, including:

Some recreation leagues make players wait until the box until the whistle is blown after their time is up, or are sent off for 2 minutes with the player being allowed back on the ice at the end of that time – local rules are defined by the league and is dependant upon specific safety concerns and rule modifications of the specific league.