Akil Thomas – A perfect roll model for all athletes 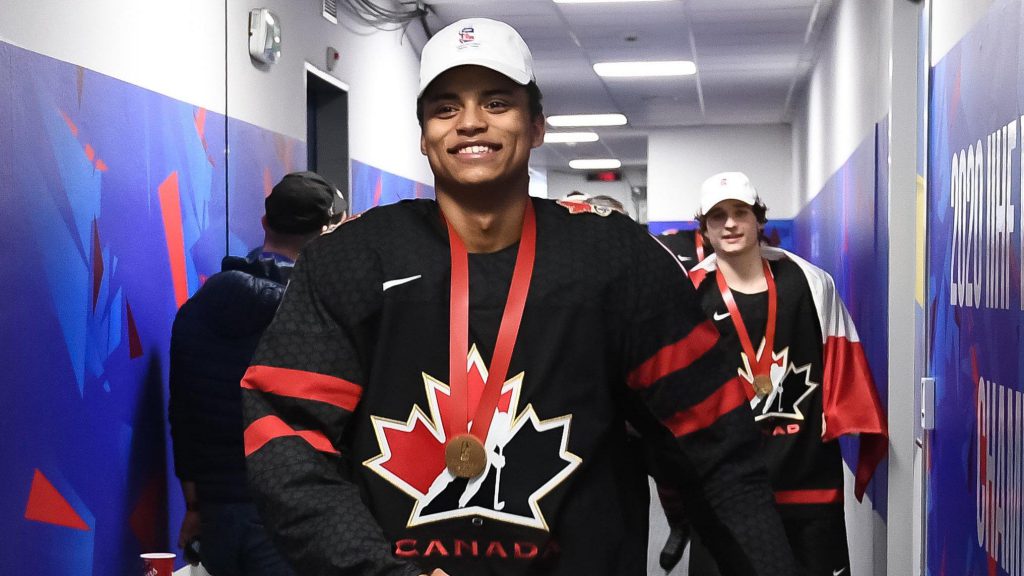 Congratulations to the players, staff and everyone at Hockey Canada for bringing home another gold medal at the 2020 World Jr Championship!

One of the greatest roll-models for our young athletes of any sport that I have seen in a long time is Akil Thomas of Team Canada’s world junior team.   He is a second round, 51st overall, NHL draft pick of the Los Angeles Kings and captain the Niagara IceDogs (OHL) (he was traded after the WJ tournament to the Peterborough Petes).  Akil is a great teammate, player and a character person, he is a man that walks the talk!

National teams are assembled with top players (mostly elite superstars) from their respective club teams.  They are accustomed to playing lots of minutes and are always the “go to” player in clutch situations.

When these elite players go to a National team, some will continue with their superstar roll, others are asked to play an unfamiliar support roll and this is what Akil was asked to play.  This is where character comes in, Akil displayed a selfless attitude and accepted the roll.

He had limited ice time through the whole tournament.  In the final game he had somewhere around 4 minutes of ice time.  With 5 minutes remaining in the biggest game of his life, Akil was called to go on the ice.  He made the most of his opportunity and scored the winning goal!!

This story is a great learning/teaching situation for players and coaches.  Players must FOCUS on the ice time they GET AND NOT on the ice time they don’t get!  Learn to be a selfless team player and don’t compare oneself to other athletes and complain about not being on the *PP or PK or how much your teammates play.  BE PREPARED AND FOCUSED to GIVE YOUR BEST WHEN YOU ARE CALLED UPON!

Akil Thomas is a great roll model.  He was patient, was a team player, did his best every day.  He was FOCUSED on taking advantage of his CHANCE!  He scores the winning goal to win a world championship.  What a GREAT ATHELETE, what a GREAT ATTITUDE and more importantly what a CHARACTER PERSON !!

WATCH this video clip (below) first you will see his golden goal then his post-game interview, LISTEN carefully!  I suggest you replay the interview several times and take close note of what he talks about.  Take note of his attitude of gratitude!

Coach Enio Sacilotto, President of International Hockey Camps and The Mental Edge Training seminar. Currently Enio coaches at the West Vancouver Hockey Academy, is Head Coach of the Croatian National team and has 36 years of coaching experience (including coaching professional hockey in Europe and coaching the Victoria Royals of the WHL).  Please email him at enio@coachenio.com or call 604 255 4747 if you have any questions or are interested in any of his services, website: www.coachenio.com.