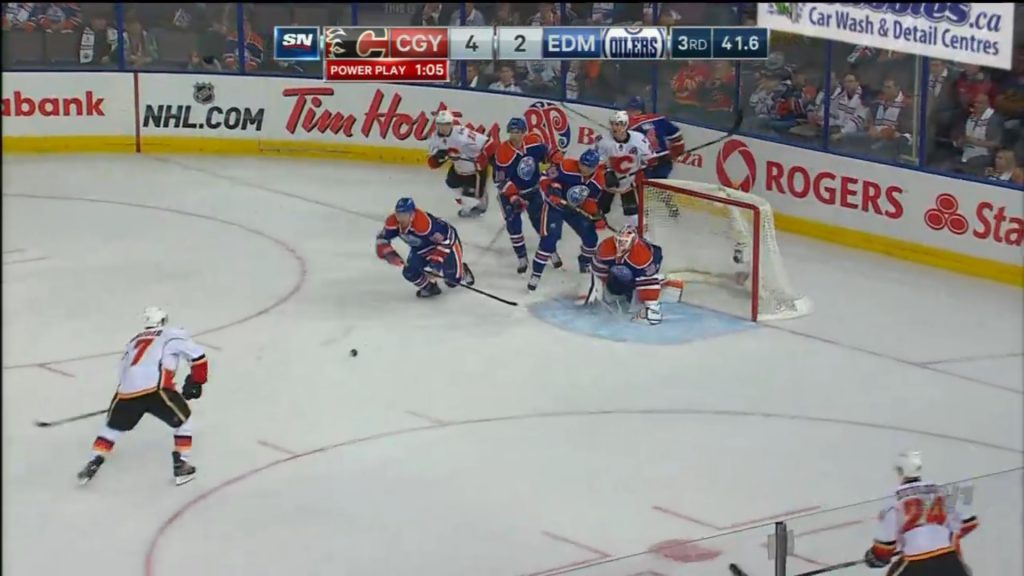 Playing defense is a challenging position to play, you’re generally the last line before a forward gets a shot on goal, and you’re the one clearing the scrum in front of your goaltender. Like a goaltender, it takes many years of training to hone your skills, if you’re new to the position, or just need some reminders, here’s some great tips to apply to your game to raise your defensive skills.

Always keep your head “on a swivel”, keep looking around you and be aware of who is in front and, importantly, who is behind you. Defensemen have a different, forward view on the rink and are generally more tactical in play. Defensemen face all kinds of scenarios when on the receiving end of a play – and reaction is key – is it a 1 on 1, 2 on 1, more on 1? Are back-checkers coming into play, where are the forwards, and are they setup to accept a break-out pass, are they playing deep or covering the point, where’s the centre and where’s our goalie? Is there a offensive player setup to receive any rebounds.. it’s a tough job, but the most important thing to remember, which is why we’ve said it 3 times is read the play.

Defensemen need to be agile and constantly moving. It’s easy for a forward to use you as a pylon, or as a screen and use you when they shoot on net. Being “flat-footed” or not moving is deadly. By being ready, and challenging forwards, keeping your head up, and feet moving. Be ready when you pinch against the boards, that the puck, or the man might get through and you need to be quick to engage them again, have in your mind a plan if they get through, or don’t get through what your play will be. If you’re not skating, then you’re not involved in the play, so if a forward has gotten round you, don’t worry, back-check as hard as you can and engage the same player, or tie up another. Lines and dots on the ice can help you with your play, and your positioning. Think of it like a rink inside a rink. The main idea behind playing a defensemen role, is to keep body position between the shooter and the net to “protect the house”.  In other words, keep the offensive players between you and the boards, and shots on the outside. When you keep offensive zone forwards outside of the dots, the objectives of playing the defensive zone and protecting the house are achieved, and you’ve lowered the chance of them scoring against you.

Look at Edmonton in the main image above, every single one of their players in by or behind the goal line and the play – don’t make the same mistake!

It’s a common mistake for Defensemen to both leave on the rush – leaving any turn-over wide open for the taking. If you’re a defensemen and notice your partner has followed the play, hang back and cover a more central defensive role – read the play and be ready to take on any turn-over attacking play – other either side of the ice – by keeping them to the outside of the dots long enough for your team to back-check.

Get into the play as soon as you can

On a break-out, defensemen often don’t get into position on the opposing blue line quickly enough – leaving the important play of forwards passing back to you as no option. Being mindful of any opposing players and their position, your aim should be to support the play as quickly as possibly whilst reading the play to see if the opposing team turns-over the puck.

Your team has generally worked hard to get the puck into the offensive zone. Your job being ‘point men’ is to defend that blue line and defend against the opponents from getting the puck past you. Play hard, but be mindful of the puck squeezing out and leaving the opposing team with a break-out opportunity. If in doubt, play the puck down the boards and clear it as soon as possible, it’s better deep in the offensive zone where your team as time to back-check, get possession or tie up the puck carrier.