Improving your chances on the 2-on-1 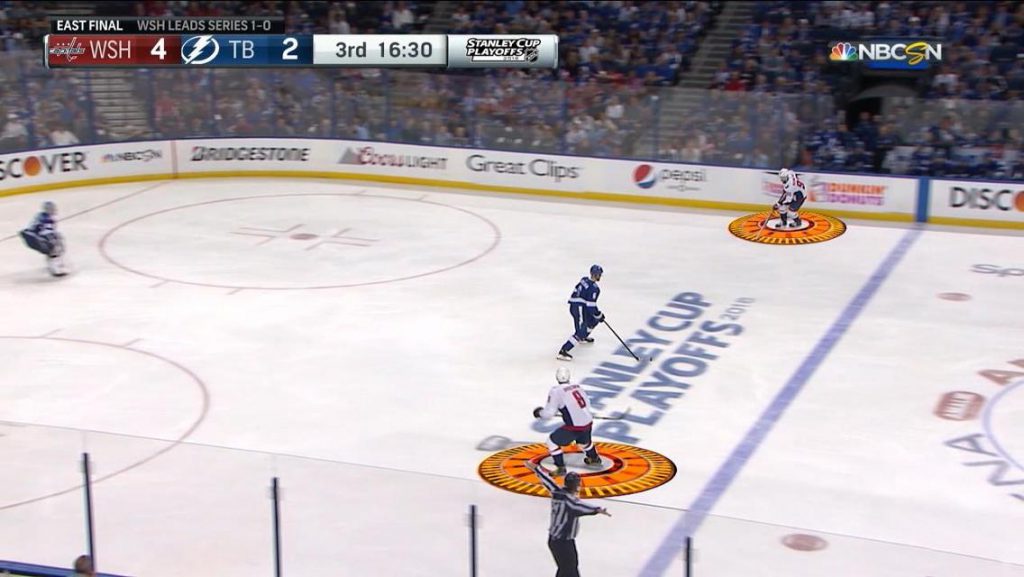 A 2-on-1 is one of the most exciting plays in hockey – turning the tables in a game and, aside from a breakaway, it’s one of the best chances of scoring. There’s less chance of a turn-over as your team-mates are in the neutral zone, and it puts huge pressure on the defenseman and goalie – which is exactly what you want.

If you’re a highly skilled player with experience, then you can make any play into a scoring opportunity, however, for basic to intermediate players – having an advantage such as this can really change your game and give you a strong advantage.

The biggest thing that stops a successful 2-on-1 is taking too long to make the play. It’s that simple.

So what does this mean? Quite simply, if you’re driving for the net as the puck-handler, then goalie is setup, and so is the d-man. Every second longer you take, the easier it is for them to take out your options, to poke-check you, tie you up and prepare for the shot. As hockey is all about angles and timing, then each split second you’re closing on net, you’re closing the shooting angle and unless you’re at an elite or advanced level of play – then it’ll be tough to convert them into goal-scoring opportunities. With tight angles, it makes saves easier for the goalie and the defenseman to cover you, and makes it easier to take the pass out of play.

It’s easy, at a beginner or intermediate level of hockey – play the quick pass. What happens here, is that by playing the quick pass once you’ve crossed the blue line, you are dictating the play and forcing the goalie and defenseman to make a quick decision. The defenseman to cover you, or move to cover your team-mate, which is the most likeliest option. The goalie has to react and move over to anticipate your team-mates shot.

You’re creating the play, not waiting for the defensemen and goalie to read you and have time to react

Now, if the defenseman has moved, it opens up all kinds of options for you:

Now – watch this 2-on-1 video from San Jose v New Jersey. Focus on what happens with the quick pass just after entering into the offensive zone. Notice how the defensemen then has difficulty to reposition because of that early pass, a split second and he’s not sure what to do. Notice how the goalie (Schneider) then over-commits leaving the goal wide open for Torres to score. All because, of the quick pass.

By making that quick early pass, it creates confusion and options for you as a player – next time you’re on the ice, try the early pass and let us know how it works out for you!