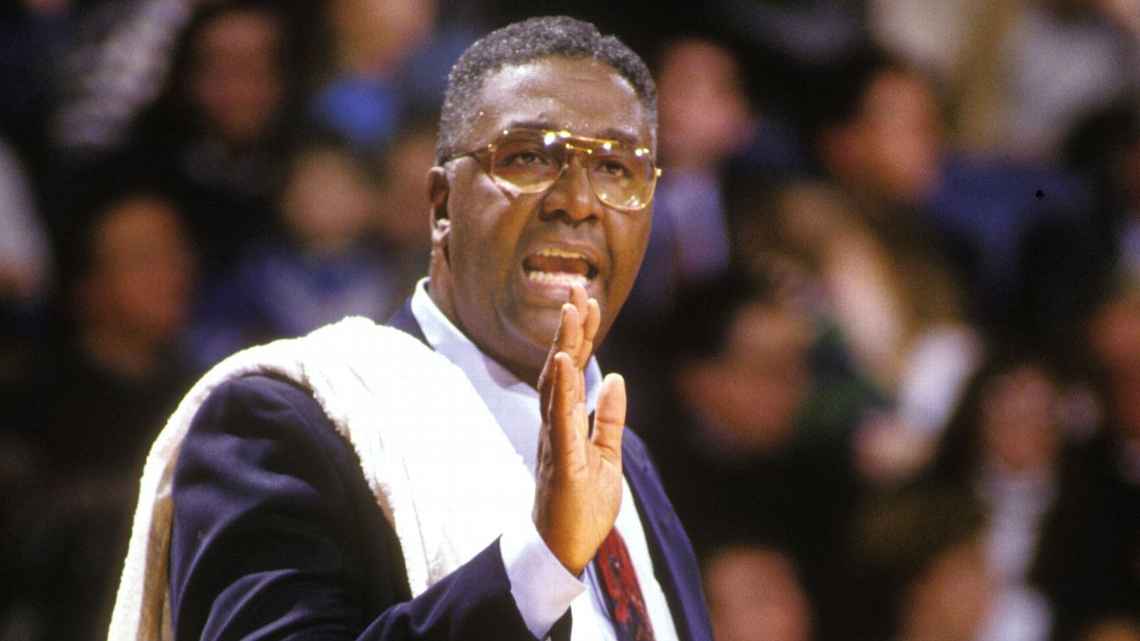 Thompson, who led Georgetown to the 1984 national championship, built the program into a juggernaut, taking the Hoyas to three Final Fours in the 1980s while also winning seven Big East titles and leading the 1988 United States national team to a bronze medal in the Olympics.

"We are heartbroken to share the news of the passing of our father, John Thompson, Jr," the Thompson family said in a statement released by Georgetown. "Our father was an inspiration to many and devoted his life to developing young people not simply on, but most importantly, off the basketball court. He is revered as a historic shepherd of the sport, dedicated to the welfare of his community above all else.

"However, for us, his greatest legacy remains as a father, grandfather, uncle, and friend. More than a coach, he was our foundation. More than a legend, he was the voice in our ear everyday. We will miss him but are grounded in the assurance that we carry his faith and determination in us. We will cherish forever his strength, courage, wisdom and boldness, as well as his unfailing love.

"We know that he will be deeply missed by many and our family appreciates your condolences and prayers. But don't worry about him, because as he always liked to say, 'Big Ace is cool.'&quot;

"This is a person that, when I came to college -- I was 18 -- helped me to grow," Ewing, the current Georgetown coach, said during Big East media day last October. "Even though my mom and dad were always there, he was always a person I could pick up the phone and call if I had a problem or if I had a question.&quot;

Thompson, who was inducted into the Hall of Fame in 1999, was a pioneer credited with opening the door for a generation of minority coaches. His national title run in 1984 was the first by a Black head coach and altered the perception of Black coaches.

Never afraid to speak his mind, Thompson walked off the court in 1989 before a game against Boston College to protest Proposition 48, an NCAA measure that would ban academically ineligible freshmen from receiving scholarships. Thompson said he protested because he believed the proposition aimed to limit opportunities for minority students.

"I've done this because, out of frustration, you're limited in your options of what you can do in response to something I felt was very wrong," Thompson told The Washington Post that day. "This is my way of bringing attention to a rule a lot of people were not aware of -- one which will affect a great many individuals. I did it to bring attention to the issue in hopes of getting [NCAA members] to take another look at what they've done, and if they feel it unjust, change the rule.&quot;

Born Sept. 2, 1941, Thompson starred for Archbishop Carroll High School in Washington before leading Providence to the 1963 NIT championship and serving as captain for the school's first NCAA tournament team in 1964.