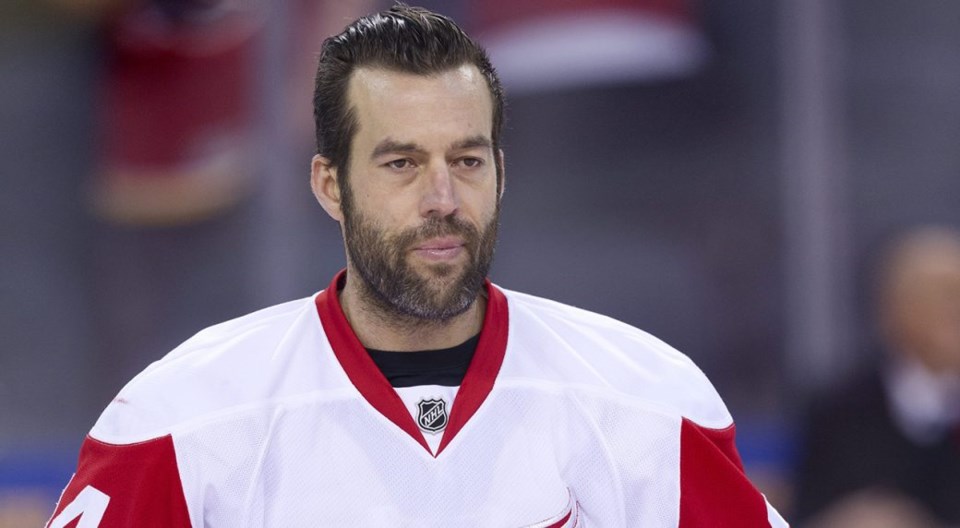 Times are tense in the United States of America.

It's election day and Americans are lining up at polling stations to cast their vote for who they want to be President for the next four years. A Presidential election is always an uneasy time, but the current election has been particularly divisive.

That's why, when former-Canuck Todd Bertuzzi made his regular appearance on Sportsnet 650's morning show, the Starting Lineup, hosts James Cybulski and Perry Solkowski asked Bertuzzi about his experience of the current situation as a Canadian living in the U.S.

"I tell you, it's interesting times, especially for a Canadian living here," said Bertuzzi. "I've been here for, I don't know, about 15 years, 20 years total, and I've never seen anything like this. At some points in time, it's a little bit terrifying — boarding up stores and all this kind of stuff... The U.S. is in a difficult time right now and hopefully, people get out there and vote and we put the right person in place.&quot;

Bertuzzi is still a Canadian citizen, in the U.S. with a green card, though he plans to continue living in the U.S. for the foreseeable future. He intends to stay, that is, as long as the right person wins the election.

Bertuzzi spent seven seasons in Vancouver as a member of the Canucks, skating on the famed West Coast Express line with Markus Naslund and Brendan Morrison. After a trade to the Florida Panthers for Roberto Luongo, Bertuzzi spent several seasons bouncing between teams before landing with the Detroit Red Wings for five seasons to end his NHL career. After retiring, Bertuzzi stayed in Michigan.

"Here in Michigan, we're a very big swing state here, so you have a giant divide between the Biden and the Trump people," he said. "I live out in Lake Orion now on the lake and it is very much a Trump lake, which I'm a supporter of. I don't get into discussing politics and all that, but that's who I would like to see in place.&quot;

Bertuzzi hopes that when the "right guy" gets elected that it will lead to "some kind of normality," but there's a clear fear that things could get even more divisive after the election.

"Whoever gets elected in, you have to respect the position," he said. "That's the President who's in office and you respect that seat. It's a powerful seat and he's there to protect you and look out for you, so whoever gets in there, you have to respect that seat. But it seems that there's just so much anger and anxiety and you add in the pandemic with the coronavirus, with the racism, the Black Lives Matter and all that, there's just so much heat being put on this fire that you don't know what's going to end up happening. You just kind of stay out of the way and hope for peaceful times.&quot;

While Bertuzzi may respect the position of the presidency, as a self-proclaimed Trump supporter, he's not going to be happy if Joe Biden wins the election. He reiterated his ultimatum later on in his appearance on The Starting Lineup.

"If I don't like who gets in, there's a good chance I'll be moving out to Vancouver," said Bertuzzi.

Looking to end the segment on a joke, Cybulski said, "If I find out you have a MAGA hat, we're gonna have to throw down.&quot;

"I'll send you the picture in five minutes," replied Bertuzzi with a laugh, but also without hesitation.

Given Bertuzzi's reputation, that's not a fight Cybulski would win.